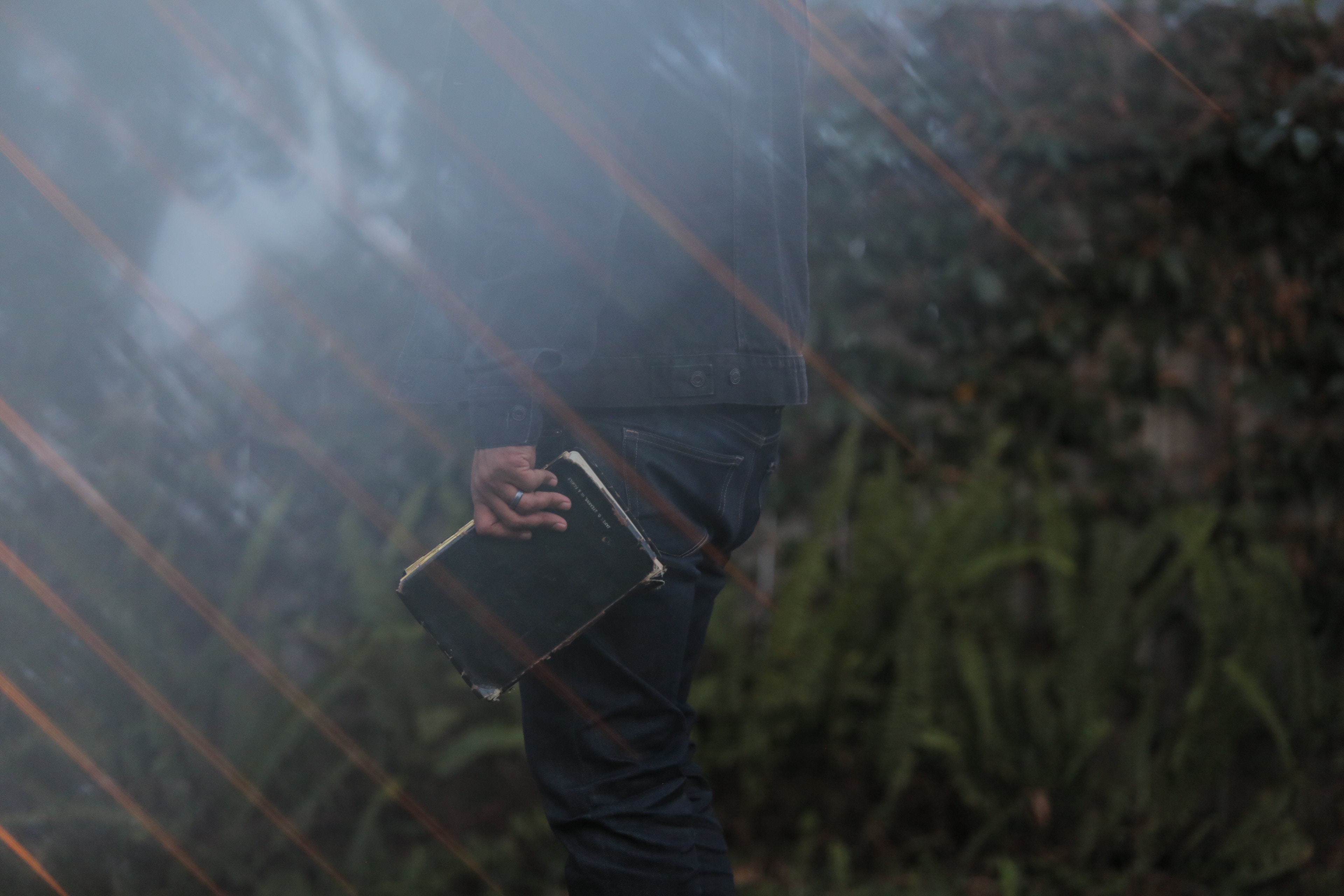 An orthopedic doctor recently diagnosed me with osteoarthritis in my hips. He said my back was out of alignment as well.  The arthritis diagnosis completely floored me.  It took me several hours to grasp what had been said.  I was a healthy person—aging yes—but I never considered my age a deficit.  I still don’t.  I had worked most of my life at staying healthy by eating the right foods, exercising and getting a good night’s sleep.  I knew my back was out of alignment because I had hurt the left part of my back at LAX airport in May, 2016.  My son-law texted me that he had arrived at the airport, so I grabbed my 50-pound bag quickly using the left side of my body to swing it off of the turntable because it was beginning to go back around.  My back started to cause me some pain immediately.  I felt that this would subside eventually because of my health and fitness regiment.

On top of that, in 2017, I began to feel pain in my hips, especially my left hip.  As I thought back over the last year, I remembered a fall where I hit the pavement on the left side of my body.  I had completely forgotten the fall until my visit to the orthopedic doctor.The pain became so great in my body that I winced whenever I got into bed each night, into the shower each day–even getting into my car became an ordeal.  I began to put pillows under my legs to ease the pain so that I could sleep at night.  I continued to go to the gym every day, but I could no longer stay on the elliptical for forty-five minutes to an hour.  Eventually, I found myself on the bicycle.  At the time, I could not even push the bicycle pedals forward in a riding motion, so I had to pedal backwards which put no pressure on my joints.  I did that for thirty to forty-five minutes each day, five days a week.  In my mind, I had to continue my fitness regiment, not just for my body, but for my mental sanity (if that makes sense).

My primary doctor referred me to this orthopedic doctor after I told her of the pain in my back which, at the time, I thought was the whole problem that was affecting my mobility.   As I sat there in that examination room, I asked the orthopedic surgeon if in some way my back injury had precipitated the diagnosis of arthritis in my hips.  He dismissed the injury as the cause of the degenerative arthritis.  I listened as the orthopedic surgeon told me that the left side of my back was out of alignment, but the most devastating thing was when he shared his diagnosis of severe degenerative arthritis.  “What,” I thought? “You have got to be kidding,” I’m thinking.  I truly wanted to say, “You are lying.  I never get sick.”  However, I showed no emotions because I was in a state of shock.  I asked the doctor whether an injury could have caused the situation.  I wanted to know what were the underlying causes.  He looked at me incredulously, as if to say (but he did not), “Lady, you are getting older; these things happen to the body.”  He did say that I would eventually need hip replacement.  That statement did not even register in my psyche. I wanted to say, “But you do not know my history.  I am an avid physical fitness person.  I go to the gym five times a week.  Before I started having this tremendous pain, I worked out on the elliptical, the weights and also a Body Master machine that provided me with a multihip workouts. (See the bottom for workout exercises.)  I said nothing as I was in shock.  A later MRI showed substantial damage to my hip joints. The orthopedic surgeon wanted to give me a prescription for the pain, but I do not take pharmaceutical drugs.  Now, I am not recommending that you, my readers, follow my directions—this is my story. It is hoped that my story provides inspiration for what you or someone you know may be encountering.  You must seek the Lord, spiritual counsel, medical providers or whatever is best for your situation.

I sat in my car that day after leaving the doctor’s office in total shock—I sat there for maybe an hour or more, trying to process his  diagnosis of incurable degenerative arthritis.  Again, I had assumed that it was something that could be easily rectified.  Going over and over in my mind was, “I don’t get sick!”  Of course, being the pro-active, problem solver that I am, I began to think about what could have cause this problem with my hips.  I then remembered that I had fallen  on the cement walk at the condominium complex where I live and I had landed on my hips, mainly my left hip. That was also in 2016.  I knew that Jesus Christ was my ultimate healer not matter what diagnosis I had been given.  My faith in the Lord remained firm, but I was stunned to the core.

After the initial shock; I went into my proactive mode.  I must inform you that I never received this sickness; it was a doctor’s diagnosis.  I needed to know about this diagnosis. Degenerative arthritis (osteoarthritis) generally affects the joints of the knees, toes, fingers, hips and spine.  The cartilage in the bones around the joints deteriorate.  The body as a means of protection forms new bones called osteophytes.  It is the loss of cartilage and the emergence of the osteophytes that causes the pain. The body’s repairing system of osteophytes; however, is unable to keep up with the degeneration of the cartilage.  I researched means of reducing the pain and I chose a cortisone injection.  The injection was not a preference, but I needed something to eliminate the pain.  Injections last for several months  if they are done correctly.  They are not a cure; they just ease the pain for some time without my having to worry about whether I could continue with my vitamin and supplement regime.

Through further research on the subject of osteoarthritis I found that there are a number of things that cause and contribute to this disease.  Inflammation in the body is an underlying culprit in most diseases, including arthritis. Doctors often see aging as the overall and underlying factor.  However, other factors also contribute to osteoarthritis. I don’t discount age, but when this happens, as in my case, to a generally healthy person who has had no other sicknesses, it is important to look at various factors.  In some cases, injury can cause the deterioration of the joints and precipitate the disease.  Some research note that severe trauma can cause arthritis.  Athletes often get degenerative arthritis from the wear and tear of rigorous sports and strenuous exercising.   I had gone through some severe trauma about two years ago and, as I said earlier I injured my back and I fell on my hips.  Also, in my case, I have been running and exercising for over forty years!  So, age obviously was not the only factor in my diagnosis.

My daughter, Angie, with her probing journalistic mind, is very adept in exploring issues.  She has had some problems with arthritis in one of her knees, so she had been delving into the issue of degenerative arthritis.  She is a prime example of the disease, not just affecting aging people; it is indiscriminate. She told me about foods, like night shade vegetable, that cause inflammation and flare-ups in various diseases like arthritis.  I said, “Wait a minute, what! Vegetables?”  She shared that tomatoes, potatoes and peppers were night shade vegetables and for some reason, they caused inflammation in the body when there is arthritis.  Legumes, gluten and dairy may also contribute to pain.  I thought, “What’s a girl to do!”  These were the foods that I love!  Medical professionals touch on diet and foods only as it is related to cutting down on calories, etc.; I have never heard them discuss that inflammation from certain foods can inflict pain on the body.

I am a strong believer in supplementing my diet with vitamins and supplements because we often do not get everything that we need in the foods we eat.  In my research, I found that the nutrients found in bone broth aided in healing arthritis.   My daughter told me about several supplements that have been helpful: Meriva curcumin phytosome (a turmeric curcumin supplement), hyaluronic acid/chondroitin and undernatured type II collagen.  These are instrumental in helping to lubricate cartilage and joint as well as aid with joint pain.

After all of this, one Sunday at my church, my spiritual leader, Apostle Jennifer, called out those who needed prayer for problems with the spine.  I somehow knew that this was a divine prayer.  I went up for prayer, felt the heat of the anointing and was healed in my lower back—immediately, that day!  Now, I did not receive the manifestation of healing for the arthritis in my hip joint, that was not what the supernatural prayer was about.   I know, however, that I am healed of the osteoarthritis in my hips. I am just waiting for the manifestation in my body because the Word of God is true—today, yesterday and forever!

He was wounded for our transgressions, He was bruised for our iniquities; the chastisement for our peace was upon Him, and by His stripes we are healed. Isaiah 53:5

Who forgives all your iniquities, Who heals all your diseases… Psalm 103:3

He Himself took our infirmities and bore our sicknesses. Matthew 8:17

…the prayer of faith will save the sick, and the Lord will raise him up. And if he has committed sins, he will be forgiven. James 5:15

I continue to do research on osteoarthritis even though I truly know that “by His strips, I am healed.” After researching steroid injections which are the most common injections, I looked into individual stem cell injections. That is when one’s own stem cells are extracted and the fat cells are removed and the pure stem cells are injected back into the body.  That looks promising for the future; however, these injections are not covered by insurance companies.

I have told my story, dear friends, because I want to be real with you and just maybe it will inspire you or someone you know who may be going through an ordeal.  Sicknesses do occur.  Jesus is our Healer.  When you use doctors, they, too, are an extension of his healing power. Never forget, and make no mistake about it—our faith remains in Jesus, our Ultimate Healer!  May your hearts and minds remain steadfast in the delivering power of Jesus! Stay Healthy1

Hip extension: these extensions are used for toning the buttocks (gluteus maximus).

Adductors: hip adductors are located on the inside the thigh and stretch from the inside of the knee to the bottom of the pelvis.  Hip adduction exercises tone the inner thigh.