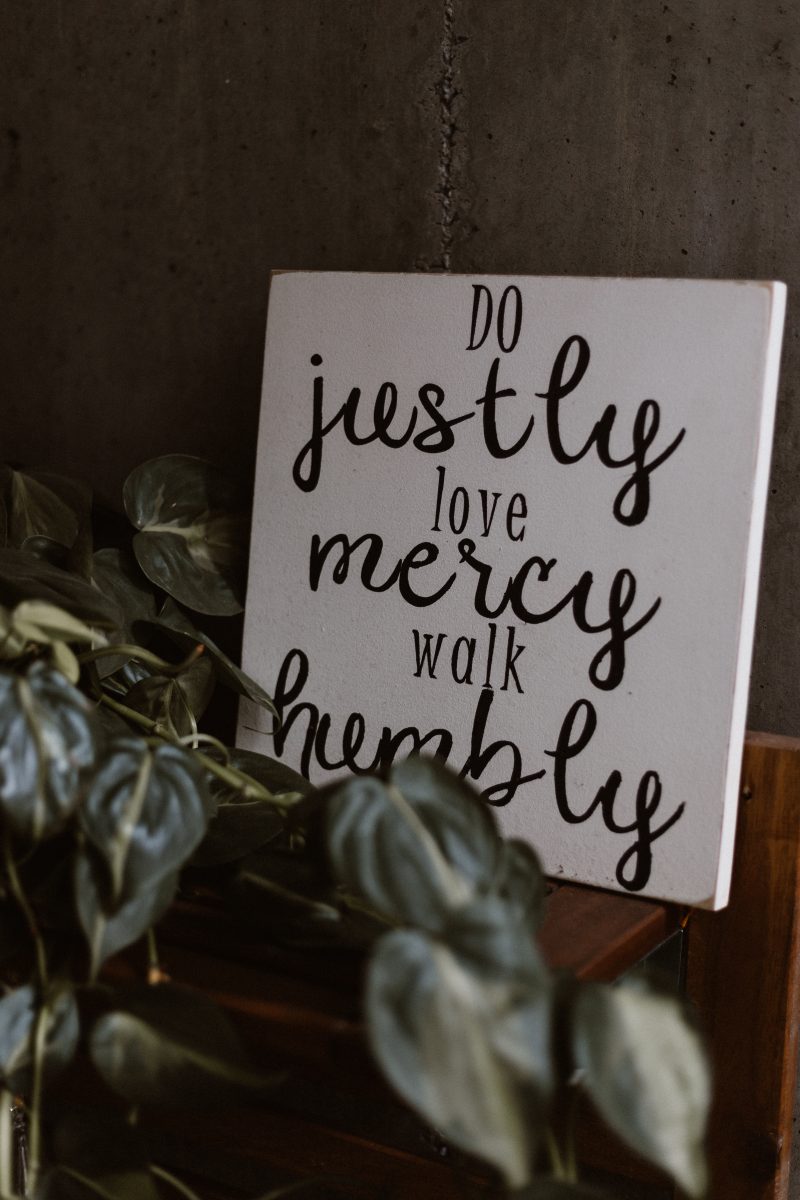 Obedience Is Better than Sacrifice

. . . “Does the Lord delight in burnt offerings and sacrifices as much as in obeying the Lord?  To obey is better than sacrifice, and to heed is better than the fat of rams.” (1 Samuel 15:22)

These words were biblically introduced in the first book of Samuel.  As the story goes: Saul was instructed to totally destroy the Amalekites and leave nothing alive. Samuel was Israel’s judge and God’s prophet. The Amalekites had attacked Israel after they left Egypt.  Saul decided to do his own thing. He, along with his army, killed all except the King, Agag and the best of the cattle and sheep.  Saul claimed that his men wanted to sacrifice the cattle and sheep to the Lord.  He disobeyed God and he and his army thought that sacrificing the sheep and cattle would somehow make things right.

Samuel had already been told by God of Saul’s disobedience and God’s told Samuel that he was sad that he had made Saul king.   Samuel had cried out in intercession on Saul’s behalf all that night to the Lord. At that same time, Saul went up to Carmel and set up a monument to honor himself; he then went to Gilgal to meet with Samuel.

Now, when Samuel arrived, Saul declared that he had done what he was instructed to do.  Samuel replied, “Then why do I hear the baaing of sheep? Why do I hear the mooing of cattle?” (1 Samuel 15:14)

Saul answered, “The soldiers brought them from the Amalekites. They spared the best of the sheep and cattle.  They did it to sacrifice them to the Lord your God.  But we totally destroyed everything else.” (1 Samuel 15:15

Samuel then told Saul: “. . . He (God) said, ‘Go and completely destroy the Amalekites. Go and destroy those evil people.  Fight against them until you have wiped them out.’ Why didn’t you obey the Lord? Why did you keep for yourselves what you had taken from your enemies?  Why did you do what is evil in the sight of the Lord?” 1 Samuel 15: 18-19)

Saul began to defend his disobedience again, “But I did obey the Lord,” Saul said.  “I went to do what he sent me to do.  I completely destroyed the Amalekites. I brought back Agag, their king.  The soldiers took sheep and cattle from what had been taken from our enemies.  They took the best and set them apart because they wanted to sacrifice them to the Lord your God at Gilgal.” (1 Samuel 15:20-21)

I believe that Samuel probably wanted to say to Saul, “Just stop! Listen to yourself! Do you actually think that you have obeyed God’s mandate?”
Samuel told Saul that his disobedience was as sinful as evil magic and his pride was as evil as worshipping other gods.  He told Saul that God had rejected him as king.

Saul then left to go to Ramah and until his death, he never saw Saul again.

In a prideful manner, Saul decided to forfeit the authority of God’s mandate by choosing to obey parts of it. He then chose to justify his partial obedience.  Saul hypocritically blame the Israeli army for keeping the things of value.  He then tried to hide the ruthlessness of his despotic overreach by declaring that he and his men saved the best sheep and cattle to sacrifice to the Lord.  Even his perceived sorrow was not true repentance and humility. He chose to sacrifice animals that they refused to kill as appeasement to God.  Then, for appearance sake, he wanted Samuel to go with him to Gilgal so he could be honored before the elders and the people as well as worship the Lord. Having the Israelites honor him with the man of God was important to Saul—just as important as worshipping the Lord.

Saul’s partial disobedience was a defiance of God’s authority. He then chose to use the sheep and cattle as a sacrifice to atone for his disobedience. Sacrifices were made by the priest to atone for the sins of the people in the Old Testament, but sacrifices do not appease God or nullify sin. It is righteousness that God requires. Solomon notes in Proverbs 21:3, “To do righteousness and justice is more acceptable to the Lord than sacrifice.”  David states that, “. . . you will not delight in sacrifice, or I would give it . . .”  (Psalm 51:16) When we do God’s will– when we obey God’s directives, there is no need for sacrifices. We can stand before God in righteousness because we have no sin for which to atone.

You know, my friends, I was hesitant about sharing with my disobedient experience. I, too, partially obeyed a mandate from God.  I recounted my reluctance to write my book, Destiny Denied, in my blog, “It’s Time(in Inspirational Writings).  I did not, however, discuss my failure to complete the mandate after writing, Destiny Denied. I was afraid of the cost that I would have to pay.  While I was writing the book, the editor thwarted me in every way that he could by trying to force me to change what God had given me to say.  I finished the book and after a few attempts at promoting it within Christian circles and churches, I gave up.  Some traditional leaders viewed it as blasphemous. I was told that they would not sell the book in their bookstores or I was just ignored altogether.  So, I never took ownership, at that time, I was tired of persecution and hostility.  So, I gave the book to the Lord—in essence, I indirectly washed my hands of the mandate.  That disobedience was rejecting God’s authority in my life; it was sin, pure and simple.

You see, I had been saved for a long time and I knew that man’s traditions and doctrines trumped fresh manna and a re-reading of the Bible.  I had been a woman Christian leader for years and had suffered because of gender bias, so I was tired of persecution. I retreated to a traditional church where I thought that I could just be a “regular Christian.”  I did not rest in God and his divine protection and anointing to get his will done and I did not declare his mandate that I wrote about in Destiny Denied.  I spent almost ten years in that church and I was never accepted no matter how hard I tried.  They discerned that I had a different spirit.  During that time, I remained in that abyss, not realizing what was wrong and why I was not treated fairly.  I had a life group; I worked hard at being a good little Christian.

It was not until I became sick that I discerned that I needed a place where I could be healed.  It was at that time, that I discovered Apostle Jennifer LeClaire and Awakening House of Prayer. I had to be removed from that traditional atmosphere with its religious spirit so that I could begin both my spiritual and physical healing. I began to realize that I had sinned badly by not spreading the revelations that God had given me in Destiny Denied—it did not matter that I feared the faces of men (and women). So, I repented and asked the Lord to give me another chance.  I asked God to healed me and not to let me leave this earth without fulfilling my destiny (ironically, it was the destiny that I declared through the Holy Spirit’s anointing in Destiny Denied).  I claimed ownership of my book, Destiny Denied. My spiritual recovery and renewal were of utmost priority. I live to do the will of God. I will also be completely healed in my body.

In a perfect world, there would be no disobedience to God—that was God’s intention when the earth was created. In the Garden of Eden, the consequence of Adam’s disobedience was sin and death to all of his descendants.  So, when we disobey God, even after repentance, there are consequences as there should be.  Our saving grace, however, is that we no longer have to bring sacrifices on a yearly basis to the high priest in atonement for our sins.  The ultimate sacrifice has been met—Jesus Christ—he has paid the price for all of our sins and our trust in him through salvation gives us access to his forgiveness and restoration when we sin.

The Bible provides many other examples of God’s people disobeying his commands and each has consequences.

The thing is, even when we become saved, we still live in these bodies of flesh, in a fallen world with the enemy of our soul, Satan. We sometimes disobey God.  If you are like me, the times when I have disobeyed God, grieved me to the core of my being. 1 John 1:9 states, “If we confess our sins, he is faithful and just to forgive us our sins and to cleanse us from all unrighteousness.” The Lord is not interested in a sacrifice or sin offering; when we sin, we must repent and obey which leads to righteousness—pure and simple. Yes, my friends, sanctification is a process and total obedience is the end-goal.