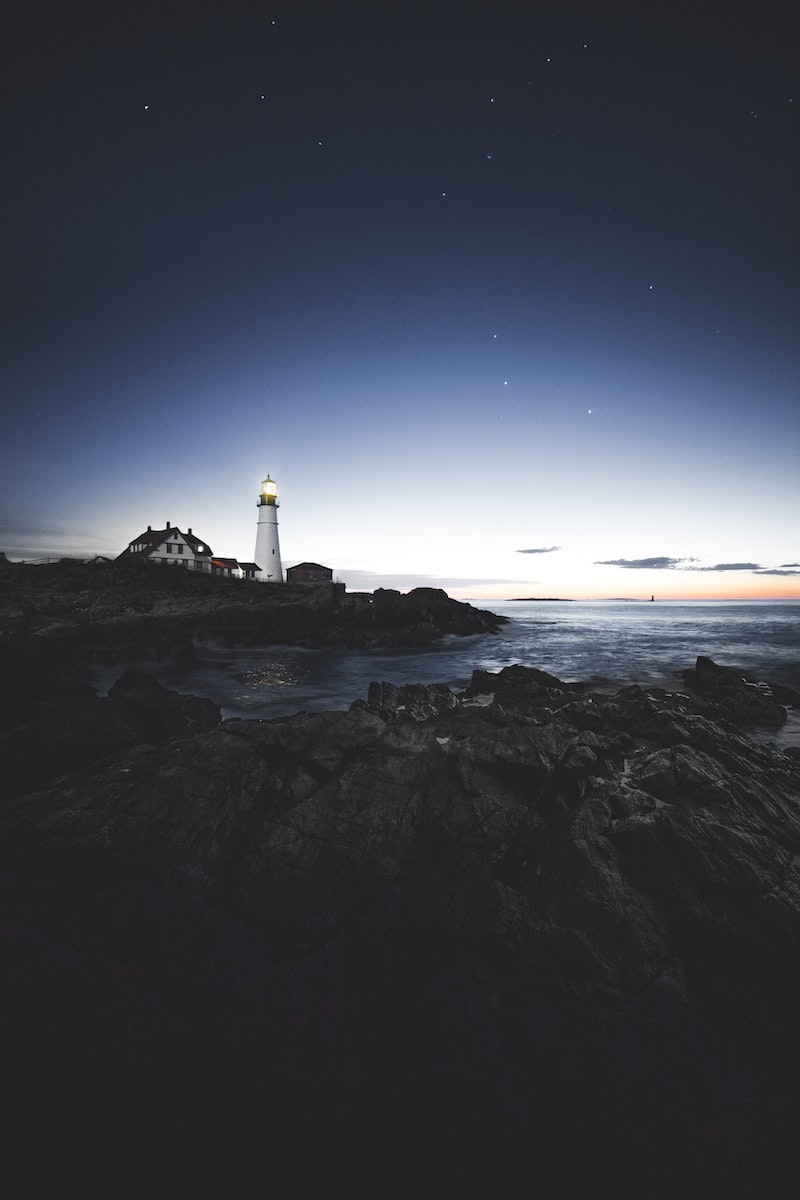 Jesus, Our Lighthouse in the Midst of a Storm

The storms of life can leave you reeling, as if the ground under you has collapsed. You find yourself holding on for dear life like someone who has been shipwrecked at sea. You gasp for air while hurricane-force winds and torrents of rain pelt you, relentlessly. And just when you can barely hold on any longer, you see a dim flickering light straight ahead; you hear a still small voice whispering, “Hold on; hold on!” Realizing there is something ahead, a ray of hope begins to arise and you get a little stronger. The light gets larger and brighter and that still small voice continues to encourage you. With all the strength you can muster, you begin to move toward that light! And just around the approaching bend, you encounter a looming lighthouse with bright, beaming lights—-a safe haven from the storm! You are safe and engulfed with unspeakable joy and peace. That lighthouse has guided you through that destructive, menacing storm!

That is just what Jesus does in the midst of our storms. He is our lighthouse, our safe haven—the Light—when we are confronted with trauma and loss. Unbearable circumstances, such as a debilitating disease, a loss of a loved one, a divorce or a loss of a job can literally knock us off of our feet! We feel like we have been hit by a ton of bricks! But, when we are in despair and have lost hope, our lighthouse, Jesus, our Jehovah-nisei, grabs hold of us and engulfs us with his love and safety.

I am reminded of the woman with an issue of blood in Mark 5:24-34 and Luke 8:42-48. Now this woman had been suffering for twelve years—twelve years with that debilitating sickness! Can you imagine such suffering? She had used up all of her money on doctors who had not helped her. She was desperate as she approached Jesus amidst the crowd of people. She must have been afraid because by Levitical law, she was unclean and anything she touched would be considered unclean. Her heart-cry was, “If I (could) just touch his clothes, I will be healed.” (v28) As she drew near Jesus and no one stopped her, her courage must have increased—she just wanted to touch his clothes! As she touched his garment, the bleeding stopped! She was healed! That was not the end of the story, though. Jesus turned around and asked, ”Who touched my clothes?” This caused the woman to come forth and tell him about her situation. He told her it was her faith that made her whole. But Jesus went beyond affirming her faith, he affirmed her humanity as being worthy of healing. Jesus called her ”Daughter.” Not only did he say her faith had healed her, but he also said, ”Go in peace and be freed from your suffering.” Now, she had already been healed—he was now declaring peace over her and deliverance from suffering! It was her faith in the true ”Light” of the world that brought healing and deliverance from suffering!

The pandemic has caused unspeakable losses, but even in the midst of it, Jesus never left us! He has been with us through the pain, the devastation, the losses! He never fails us! ( 1 Corinthians 1:9)

You maybe in the midst of a horrifying situation right now. I would say to you, my friends, “Hold on!” The Light is with you. He will never leave you or forsake you. He has saved me many times from the perils of life—times when I have been struggling with untold devastation. So, have faith and trust in the Lord. He will bring you through.

Remember what happened in Mark 4:35-41. Jesus and his disciples were crossing the Sea of Galilee when a storm arose causing water to come into the boat. Matthew 8:24 states:

And behold, there arose a great storm on the sea, so that the boat was being swamped by the waves; but he was asleep.

Yes, Jesus was asleep in the stern at the back of the boat. The disciples awakened Jesus to let him know about the dangerous storm. Of course, Jesus calmed the storm and he then rebuked the faithless disciples. They were not in danger. He asked them,

Jesus, their Light (lighthouse), their safe haven was right there in the back of the boat and they did not “see.” Their fear was greater than their faith!

Trust and have faith in Jesus when you are in the midst of a storm, my friends. Hold steadfast to your Light, your safe haven. Begin by meditating on these scriptures.

He stilled the storm to a whisper; the waves of the sea were hushed. They were glad when it grew calm, and he guided them to their desired haven. (Psalm 107:29-30)

The name of the Lord is a fortified tower; the righteous run to it and are safe. (Proverbs 18:10)

Cast your cares on the Lord and he will sustain you; he will never let the righteous be shaken. (Psalm 55:22)

The Lord is good, a refuge in times of trouble. He cares for those who trust in him. (Nahum 1:7)

God is our refuge and strength, an ever-present help in trouble. (Psalm 46:1)

You are my hiding place; you will protect me from trouble and surround me with songs of deliverance. (Psalm 32:7)

In peaceI will lie down and sleep, for you alone, Lord, make me dwell in safety. (Psalm 4:8)

The Lord is a refuge for the oppressed, a stronghold in times of trouble. (Psalm 9:9)

**If you are not saved, repent of your sins and ask Jesus to come into your heart. Romans 6:23 states , “For the wages of sin is death, but the gift of God is eternal life in Christ Jesus our Lord.” Choose life today and let Jesus be your safe haven from the storms of life.