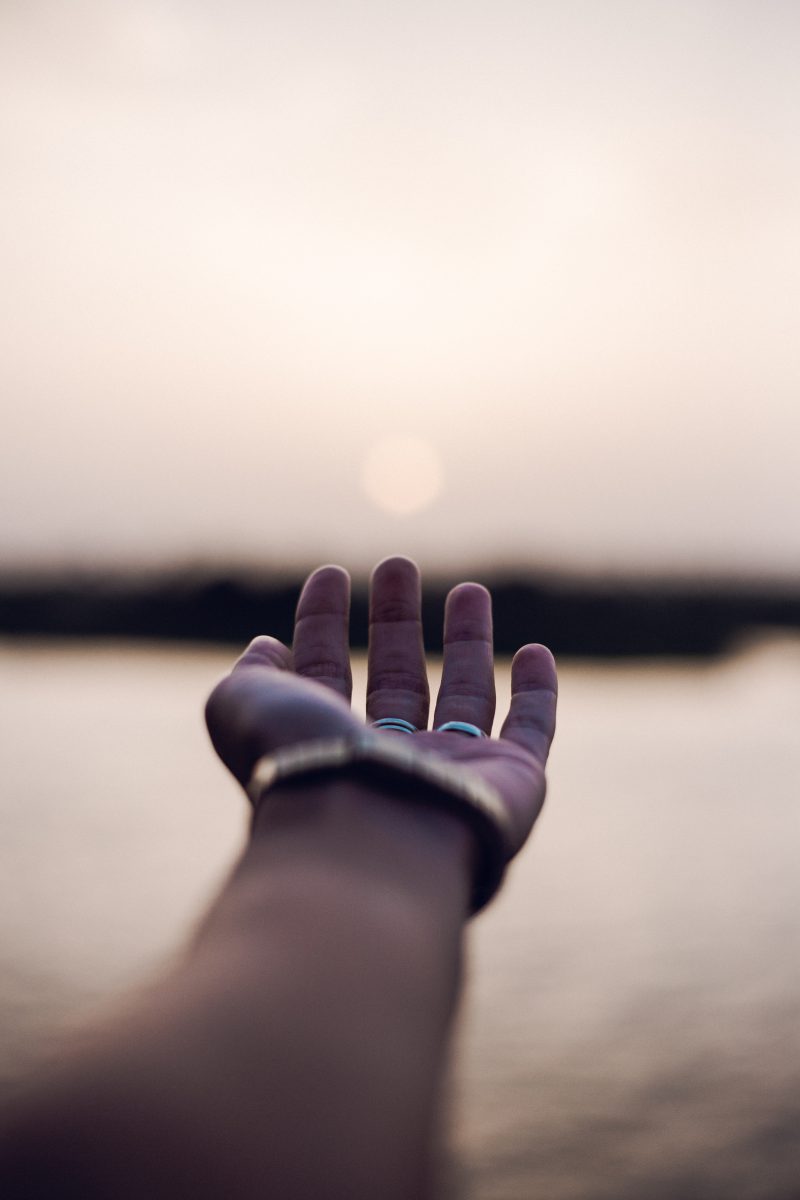 What’s That in Your Hands? Exodus 4:2

God many times takes what he has already given his people, “the thing that is in their hands” to lead them to their destinies in life. He can use spiritual and natural gifts; he can use experiences or education. There are times when God uses some common item that are used every day. He did that with Moses staff and with David’s sling and a stone. Many people continue to look for the grandiose vision or prophesy when God wants to use “what’s in their hands.”

Moses had been uniquely born for that particular time. His life foreshadowed the coming of Jesus. When Moses was born, Pharaoh had ordered the death of all male Hebrew babies. Moses was saved from the slaughter by Pharaoh’s daughter who retrieved him from the Nile where his mother had hid him for three months. Moses grew up in the courts of Egypt but when he killed the Egyptian who was beating a Hebrew man, he fled to Midian where he remained for forty years.

Now at eighty, God was preparing Moses to lead the Israelites out of Egyptian bondage and he used what was right there in Moses’ hand. God said to Moses, “What’s that in your hand?”  (Exodus 4:2) Moses replied, “A staff.”  Moses saw a staff (rod); a wooden stick that he used for support himself.  God saw an instrument, familiar to Moses, that he could use to perform miracles. God told Moses to throw the staff on the ground, so Moses threw it on the ground and it became a snake.  Moses ran from the snake, but God told him to take the tail of the snake and when he did, it became his staff again. Then God explained why he turned Moses’ ordinary staff into a snake and then back to his staff again.  God said, “This,” . . . “is so that they may believe that the Lord, the God of their fathers—the God of Abraham, the God of Isaac, and the God of Jacob—has appeared to you.” (Exodus 4:5) In other words, God used a common thing, a staff, so that the Israelites would have faith in him.

Not only did God use that common staff increase the Israelites’ faith, but he also used it to strengthened Moses faith in him. He did it by transferring power to Moses through the use of the staff and turning a timid Moses into a man of destiny and purpose. God told Moses to throw his staff on the ground. The staff became a snake and Moses ran from it. The Lord told Moses to reach out and take the snake by the tail and the snake became a staff again. So, Moses picked up the tail of the snake by the tail. It was God’s teachable moment– he was demonstrating that Moses could trust him as he transferred his power to Moses through his staff, something he used every day.  To further increase Moses’ faith, God asked him to put his hand into his cloak.  When Moses took his hand out, it was leprous.  God instructed him to put his hand back into his cloak. This time when he took it out his flesh was restored. (Exodus 4:6-7)

God sent Moses and his brother, Aaron, to Pharaoh to ask him to let his people go and each time, Pharaoh refused. He made the Israelites workload even harder. God had hardened Pharaoh’s heart and he used the staffs of Moses and Aaron to perform the miracles and wonders and to demonstrate his power to the Egyptians:

Now  David understood that God uses the things that are familiar t,o accomplish the spectacular.  When David fought Goliath, Saul tried to dress David in his armor, but David said, “I cannot go in these,” he said to Saul, “because I am not used to them.” So, he took them off. (1 Samuel 17:39) David chose to use the things in which he was familiar, his staff, his sling and some rocks.

Then he took his staff in his hand, chose five smooth stones from the stream, put them in the pouch of his shepherd’s bag and, with his sling in his hands, approached the Philistine. . . As the Philistine moved closer to attack him, David ran quickly toward the battle line to meet him. Reaching into his bag and taking out a stone, he slung it and struck the Philistine on the forehead.  The stone sank into his forehead, and he fell facedown on the ground. So David triumphed over the Philistine with a sling and a stone; without a sword in his hand he struck down the Philistine and killed him. (NIV, 1 Samuel 17:40, 48-50) God delivered the Philistines into the hands of the Israelites that day with the death of their hero, Goliath. (1 Samuel 17:50-53)

God desires that his people fulfill their destinies and he often uses the ordinary things to perform extraordinary feats. So, what’s that in your hands?  Has God given you something or equipped you with gifts that you are not using or are not recognizing?  Do you have some experiences that could be used by God? Perhaps your education has provided you with something that will fulfill your destiny. Pray and ask God if you already have something that you are not using that will bring glory to him and fulfill your purpose here on the earth.