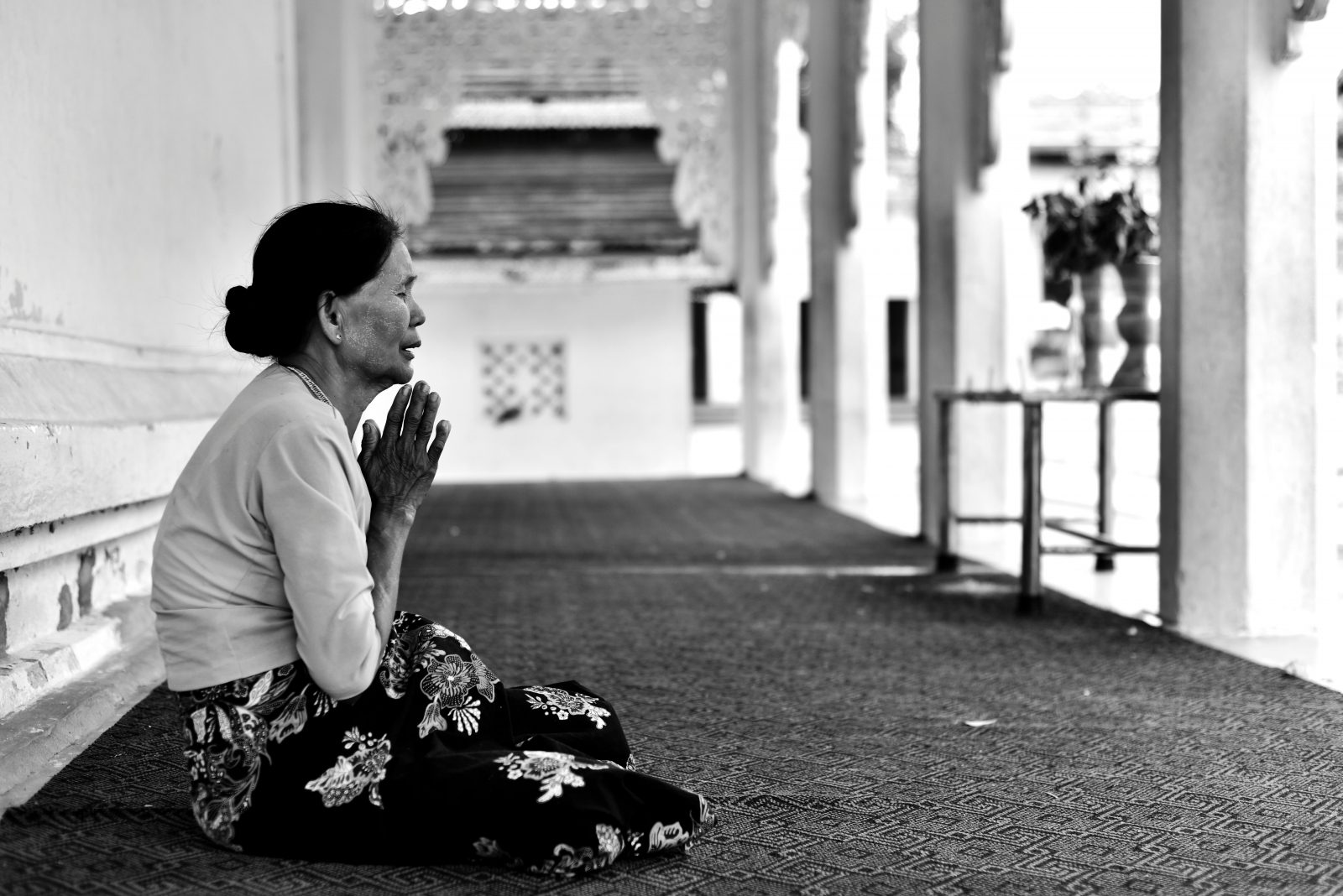 Healing Our Land of the COVID-19 Pandemic

Christians here in America and around the world have been praying against the coronavirus (COVID-19) pandemic. They have posited that this is a sign of the end-times and that the Body of Christ should stand against the demonic onslaught by Satan to envelope us with an overpowering fear of the COVID-19 virus itself. I agree wholeheartedly with both of these prognoses—we are in the end-times and Satan is using this pandemic to grip the world with fear. However, I submit that there is another area that is worth examining. The Bible is a blueprint as to how we are to live; it helps us to learn what people in past generations did—good or bad. It tells us how we are to live today. We do not have to repeat the sins of the past–but sadly, we do. Many times, Christians blame calamities and horrific events totally on the unsaved. When I study the Old Testament, I have found God often, in his wrath and anger over sin, judged his own people, the Israelites, for their sins as well as the ungodly. God’s judgment in the Old Testament was often pestilences, the sword and famine. I am not making this up, it is documented in the scripture. So, I will examine each of these areas: our living in the end-times, the satanic onslaught of fear and God’s use of pestilences, famine and sword in judging sin.

Firstly, there is no doubt that we have entered the end-times—that time period that is centered around Jesus’ judgment of the world and his return. Jesus, himself, in speaking of the end-times, said this: “Nation will rise against nation, and kingdom against kingdom. There will will be great earthquakes, famines and pestilences in various places, and fearful events and great signs from heaven.” (Luke 21:10-11)

Secondly, it is true that we should not fear the massive attack of fear wrought by Satan and his demonic hordes due to the coronavirus (COVID-19 virus) but the Lord will shield his people from the “noisome pestilence.” Psalm 91 states that the Lord is the protector of those who “dwell in the secret place of the Most High.” Dwelling in the secret place of the Most High means being in right standing with God. God is the shield and refuge for Christians who are walking with him. He covers, protects and delivers us from the entrapment of Satan, the terror by night and the perilous pestilences, such as the coronavirus. We can dwell under the shelter of the Most High, but we must have made the Lord our dwelling place and acknowledged his name. (v. 9 & 14) It is then that he becomes our refuge, our shield and fortress. It is then that he commands his angels to guard us; it is then that he lifts us up so that we will not strike our feet against a stone. We are divinely protected because we acknowledge and walk uprightly with the Lord .

Thirdly, however, many times in the Old Testament, God showed his wrath and anger against the sins of his own people by sending famine, the sword and pestilence as judgment of sin. This is an area that I have prayed about and that I honestly did not want to pursue. I was compelled to look at what the Bible says about pestilences. A pestilence such as the coronavirus, is a deadly infectious disease or virus which affects a large swath of populations. ( A note: The Bible often uses a plague and a pestilence synonymously). Many researchers believe that the pestilence, COVID-19, (whose scientific name is SARS-CoV-2) evolved into a pathogenic state in non-human hosts and the virus then jumped from bats (or other non-human host) to an intermediate hosts which then transmitted the virus to humans. In this thesis COVI-1 originated in the Huanan Seafood Wholesale Market, a wet market, in Wuhan, China. Other are researching as to whether the virus was accidentally spread from a scientific laboratory in Wuhan. Whether from a wet market or a scientific laboratory in the city of Wuhan.

Now, the message is not that God rained down COVID-19 pestilence from heaven or something like that—He did not. It is rather that God has allowed the transference of this deadly viral pestilence to spread throughout the world. In this, it behooves Christians to seek the face of God by praying and reading the Bible. We often fail because we do not learn lessons from the past.

There are various examples of God using pestilences/plagues as a judgment to turn his people away from sin. He did that to sinful Judah by sending Jeremiah to warn them of judgment if they continued to sin and disobey his commandments. They continued in sin, so God sent the “good figs” (those who were obeying him) into Babylonian exile to protect them. He shielded them. (Jeremiah 24:-7) He then promised to make the “bad figs,” those who were disobedient, a reproach, a byword, a curse and an object of ridicule.” Now the “bad figs” were also Israelites; they were not people from the surrounding heathen nations. (Jeremiah 24:9) The Lord goes on to tell Jeremiah this concerning those who were disobedient, “I will send the sword, famine, and the plague (pestilence) against them until they are destroyed from the land I gave to them and their ancestors.” (verse 10) Jeremiah also reiterated this judgment of God against the disobedient in Jeremiah 29:17–19:

“. . . yes, this is what the Lord Almighty says: ‘I will send the sword, famine and plague against them and I will make them like figs that are so bad they cannot be eaten. I will pursue them with the sword, famine and plague (pestilence) and will make them abhorrent to all the kingdoms of the earth, a curse and an object of horror, of scorn and reproach, among all the nations where I drive them. For they have not listened to my words,’ declares the Lord, ‘words that I sent to them again and again by my servants the prophets.’”

In Numbers 14, the people were grumbling against God and his servants, Moses and Aaron, for taking them out of Egypt and God had this to say: “How long will these people treat me with contempt? How long will they refuse to believe in me, in spite of all the signs I have performed among them? I will strike them down with a plague (pestilence) and destroy them. . . .” (Verses 11-12)

When David sinned against God by numbering the fighting men of Israel and Judah, God sent a prophet to give David three choices as a punishment for his sin: three years famine, three months of fleeing from his enemies or three days of a plague (pestilence). David chose the plague /pestilence as his punishment because he preferred to fall into the hands of God rather than into the hands of man.

In Old Testament times, God’s people incurred his wrath in many cases because of their oppression of the poor, their idolatry and their sexual sins. In Amos 4:10, God said,

“I sent plagues/pestilences among you as I did to Egypt. I killed your young men with the sword, along with your captured horses. I filled your nostrils with the stench of your camps, yet you have not returned to me, . . .”

The bottom line is that we must pray that the Lord will stay the hand of the coronavirus pandemic. Now, I believe that we are in the end-time period and that we must not allow the enemy to paralyze us with fear, but I also believe, my friends, that we must stay in right relationship with God, pray for unbelievers, as well as pray for Christians who may have lost their way. “. . . God is not mocked: for whatsoever a man sows, that shall he also reap.” (Galatians 7) We know that God will judge non-believers. I believe that when both believers and non-believers fail to do what they are supposed to do—when they sin, they incur the wrath of God!

In dedicating the temple to God, Solomon prayed on behalf of the people. He was pleading for God to have mercy toward his own people when they do sin (Solomon noted that they would inevitably sin). Here is one part of his prayer for the Jewish people (the Israelites) at the dedication of the temple:

“When famine or plague (pestilence) comes to the land, or blight or mildew, locusts or grasshoppers, or when enemies besieges them (the Israelites)in any of their cities, whatever disaster or disease may come, and when a prayer or plea is made by anyone among your people Israel—being aware of their afflictions and pains, and spreading out their hands toward ‘this temple—then hear from heaven, your dwelling place. Forgive, and deal with everyone according to all they do, since you know their hearts (for you alone know the human heart), so that they will fear you and walk in obedience to you all the time they live in the land you gave our ancestors.” (2 Chronicles 6:28-30)

“ . . . If my people, who are called by my name, will humble themselves and pray and seek my face and turn from their wicked ways, then I will hear from heaven, and I will forgive their sin and will heal their land. (2 Chronicles 7:14)

God goes on to say:

“But if you turn away and forsake the decrees and commands I have given you and go off to serve other gods and worship them (idolatry), then I will uproot Israel from my land, which I have given them, and will reject this temple I have consecrated for my Name. I will make it a byword and an object of ridicule among all peoples.” (2 Chronicles 7:19-20)

I am calling on God because we need healing in our land today. Please do not take this as an indictment against Christians—it is not! It is a time to examine our own hearts as well as pray for our brothers and sisters who have strayed, whether intentionally or unintentionally. God warned us in 2 Chronicles 7:19-20 of what happens when we stray from serving God. So, as Christians, we must humble ourselves, pray and seek the face of God on this matter. We must ask for repentance on behalf of ourselves, other Christians as well as unbelievers. Pestilences are often judgments from God and judgments are not just warnings for unbelievers; the Bible shows us that they are warnings for God’s people as well. We will not be delivered from this COVID-19 virus through our own strength, through mammon or by a man. I believe that when believers and non-believers fail to acknowledge and honor the Lord, they incur the wrath of God and hinder his deliverance!

I humbly stand with Christians around the world as we repent, pray and seek the face of God on behalf of ourselves, other believers and unbelievers. I stand united with others in giving my allegiance and honor to Almighty God as we pray for healing for this land (the nations on this earth)!

Be Blessed and Stay Safe!

If, (when) evil comes upon us, (as) the sword, judgment, or pestilence, or famine, we stand before this house, and in thy presence, (for thy name {is} in this house,) and cry unto thee in our affliction, then thou wilt hear and help. (2 Chronicles 20:9)

They have blown the trumpet, even to make all ready; but none goeth to the battle: for my wrath is upon all the multitude thereof. The sword is without, and the pestilence and the famine within: he that is in the field shall die with the sword; and he that is in the city, famine and pestilence shall devour him. (Ezekiel 7:14-15)