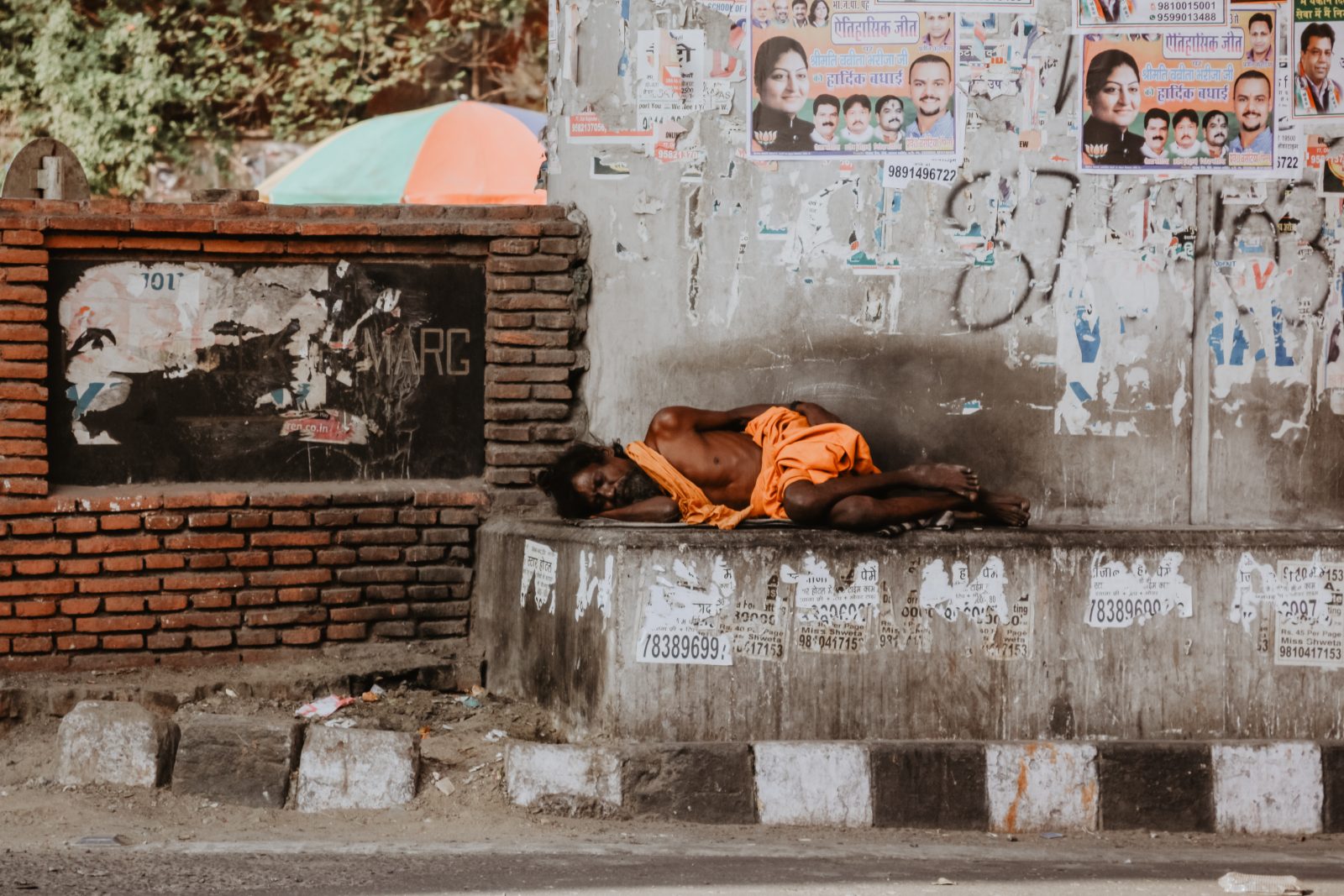 Jesus Came to the Least of These

Over the years, I have given this topic much thought and more so here lately. Even as a new Christian, years ago, some Bible verses had a profound effect on me and Matthew 25:31-46 literally shook me to my core when I read them for the first time.  These verses are called the Judgment of the Nations; some call them the Parable of the Sheep and Goats. Biblical scholars note that the Parable of the Sheep and Goats represents the second coming of Jesus when he returns to the earth in splendor and glory after the Tribulation.  In these verses, the king, which depicts Jesus, separates the sheep (the saved) from the goats (the unsaved). It is the beginning of the millennial—the 1000-year reign of Jesus’ second return to the earth. Jesus is often called the Son of Man in the Bible, but it is here that he establishes himself also as King and begins his millennial reign here on the earth.

These verses still affect me intensely when I read them. Not only are they representing the return of Christ, but I also see them as applicable in the lives of Christians today as well! When I read them, I think, “Hmm, the actions of the sheep are the same as what Jesus did while he was here on the earth the first time.” Remember that catch phrase, “What Would Jesus Do (WWJD)?” Well, the sheep in this parable demonstrated through their lives what Jesus emphasized what he lived among us.

31 “When the Son of Man comes in his glory, and all the angels with him, he will sit on his glorious throne. 32 All the nations will be gathered before him, and he will separate the people one from another as a shepherd separates the sheep from the goats.  33 He will put the sheep on his right and the goats on his left.

34 “Then the King will say to those on his right, ‘Come, you who are blessed by my Father; take your inheritance, the kingdom prepared for you since the creation of the world. 35 For I was hungry and you gave me something to eat, I was thirsty and you gave me something to drink, I was a stranger and you invited me in, 36 I needed clothes and you clothed me, I was sick and you looked after me, I was in prison and you came to visit me.’ 37 “Then the righteous will answer him, ‘Lord, when did we see you hungry and feed you, or thirsty and give you something to drink? 38 When did we see you a stranger and invite you in, or needing clothes and clothe you? 39 When did we see you sick or in prison and go to visit you?’40 “The King will reply, ‘Truly I tell you, whatever you did for one of the least of these brothers and sisters of mine, you did for me.’ Matthew 25:34-40

41 “Then he will say to those on his left, ‘Depart from me, you who are cursed, into the eternal fire prepared for the devil and his angels. 42 For I was hungry and you gave me nothing to eat, I was thirsty and you gave me nothing to drink, 43 I was a stranger and you did not invite me in, I needed clothes and you did not clothe me, I was sick and in prison and you did not look after me.’ 44 “They also will answer, ‘Lord, when did we see you hungry or thirsty or a stranger or needing clothes or sick or in prison, and did not help you?’ 45 “He will reply, ‘Truly I tell you, whatever you did not do for one of the least of these, you did not do for me.’

46 “Then they will go away to eternal punishment, but the righteous to eternal life.

The attributes of the sheep in Matthew 25:31-46 were that they had ministered to the poor, the homeless, the desperate and the imprisoned—the least of these. They did not do it to be seen by men or for outward appearances.  What they did was from their hearts because they did not realize what the king was talking about when he said:

You see, Jesus demonstrated these very traits while he was on the earth the first time.  He came as a mere man, actually he came as a baby who was born in a stable to a young teenage mother.  Even his humble beginnings de-emphasized outward appearances and human attributes.  He came to demonstrate that we, too, as human beings, can walk in kingdom destiny.  Jesus did not come to the Jewish leaders, the Pharisees and Sadducees who were like wolves in sheep’s clothing.  In discussing Jewish leaders, Jesus quotes Isaiah in Mark 7:5-7, “Well did Isaiah prophesy of you hypocrites, as it is written: ‘This people honor Me with their lips, but their heart is far from Me. They worship me in vain; their teachings are merely human rules.’” (NIV) The Jewish leaders were more concerned about their outward appearance and their relationships to man rather than an inward hunger for the things of God. Jesus called these Pharisees and teachers of the law, “. . . hypocrites! You are like whitewashed tombs, which look beautiful on the outside but on the inside are full of the bones of the dead and everything unclean.” Matthew 23:27 (NIV)

He came to the lost sheep of Israel.  Throughout the gospels, Jesus showed compassion for the people, for they had no leaders. He came to “the least of these.”  Matthew 9:36 states that, “When he (Jesus) saw the crowds, he had compassion on them, because they were harassed and helpless, like sheep without a shepherd.” Jesus stated to his host in Luke 14:13-14, “. . . when you give a banquet, invite the poor, the crippled, the lame, the blind, 14and you will be blessed. Although they cannot repay you, you will be repaid at the resurrection of the righteous.” (NIV) In John 21:15-17, Jesus asked Peter three times to feed his sheep, meaning give them the Word of God and even provide physical sustenance when needed. Jesus’ emphasis was always on caring for and bringing the sheep (the people) into the sheepfold.

In the end, always thinking of the lost sheep of Israel and beyond, Jesus commanded his disciples in the Great Commission. He said, “All authority in heaven and on earth has been given to me. Therefore go and make disciples (go to the lost sheep, my emphasis) of all nations, baptizing them in the name of the Father and of the Son and of the Holy Spirit, and teaching them to obey everything I have commanded you. And surely, I am with you always, to the very end of the age.” Matthew 28:18-20, (NIV)

These verses have had a profound meaning in my life, so I ask you, my friends, what are you doing to further the Lord’s work here on the earth?  Are you doing everything to curry favor and be known to the leaders of the church, the government, or the world system?  Are you doing good things because you believe you can earn salvation by works?  Do you believe, as the Pharisees did, that your status (money, position, education, class) will qualify you to enter the kingdom of God? In other words, are you operating as a sheep or a goat?

Can you point to anything that you have done to ease the hardships of the poor, the sick, the homeless, or those in prison? When John the Baptist sent his disciples to Jesus to ask if he were the Messiah, Jesus told John’s disciples to go back and report to John what you hear and see: “The blind receive sight, the lame walk, those who have leprosy[a] are cleansed, the deaf hear, the dead are raised, and the good news is proclaimed to the poor.” Matthew 11:5 (NIV)

Here are some of the people/sheep with whom Jesus ministered while he was here on the earth: